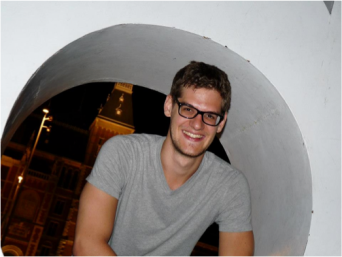 Kristóf was born in Budapest, Hungary. There he received his Bachelor of Science degree in physics from Eötvös Loránd University in 2011. Subsequently, his interests shifted towards evolutionary biology and he got his Master of Science degree from the University of Edinburgh in 2012. For his final project there he studied the “faster X” effect in populations undergoing recent bottlenecks. In parallel he completed a Master’s degree at Eötvös Loránd University in Biophysics, where he earned his degree in 2014. His thesis project involved modeling speciation in segragated populations using adaptive dynamics, a branch of frequency dependent population genetics. Following that he came to OHSU for his graduate studies within the Program in Molecular & Cellular Biosciences. He joined the Adey Lab in June 2015, where he currently analyses single cell sequencing data to study structural variation in normal and diseased tissues.